Maxis held a Realm of Magic Deep Dive livestream today, and I’ve summarized it. This kicks off my major coverage of Realm of Magic. I went video first because it’s the least time consuming and I’ll need a lot of my own pictures and don’t want to replace tons of them. 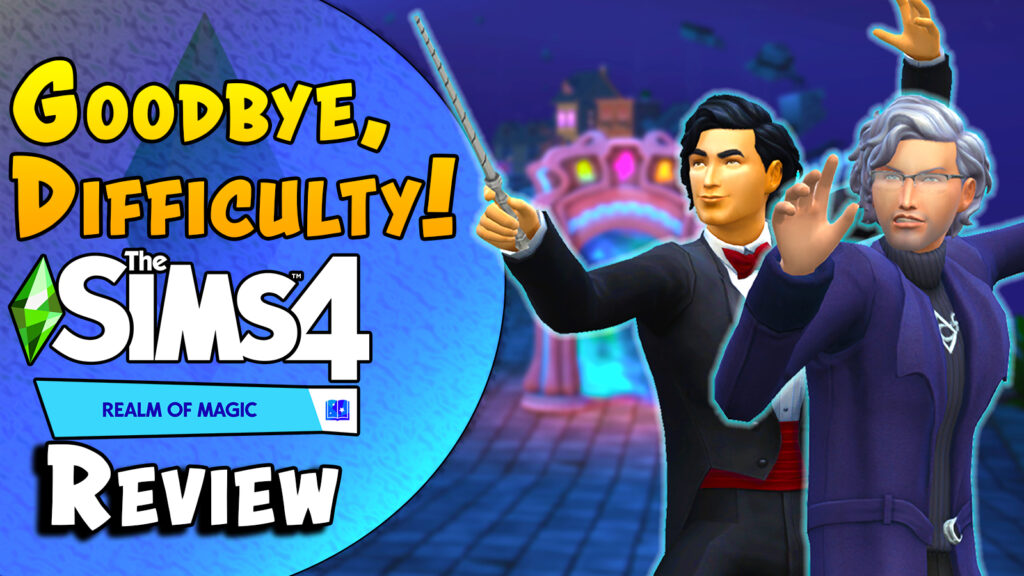 Tomorrow night I’ll begin with coverage of Spellcasters. We learned a good bit about their Magic Charge system, spells, curses and alchemy among other things.

The magic charge system is not a typical mana pool, but rather a meter reflecting how much energy your Sim has accumulated from harnessing magic. Build up too much of this energy, and you put your Sim’s life at risk.

However being overcharged can be beneficial. When a Sim is in overcharge mode, their spells may have a more potent effect but also have a higher failure rate. This sort of reflects their need to control the magical energy they’re attempting to use.

When a Sim’s Charge Meter is at full and you cast another spell, there’s a chance your Sim will explode in energy. However, familiars can be there for you. One of their purposes is the ability to absorb a killing blow. They can only do this every so often, however, and taking another while they are on cooldown is likely to be fatal. A minor criticism (or questions) I have about this system is: exactly when is this going to be useful? Are other magic users going to be attempting to kill me? Or is it only to protect me from my own excesses, using magic to tidy up and conjure up a roast turkey.

Sims can learn spells in several ways. You can win them in duels, forcing your opponent to teach you something. You can also scour the library of the magic realm’s main building, dubbed “Magic HQ” by Maxis where you might find a dusty tome with a spell you don’t know. You can buy them at a store or just ask nicely of one of the sages. They’re more likely to accept if you’re on friendly terms.

Having one of your spells backfire, you can pick up a curse. This is mildly reminiscent of the Fame Quirks system of Get Famous, only not so based on actions. Curses stick with your Sim permanently if you do nothing, but there are at least two ways to cure them that we know of – craft a potion or use a spell that specifically removes curses.

There are 15 total potion recipes to learn, and vendors in town will happily sell you ingredients – even rare ones – like death flower. Potions don’t seem to take a lot of ingredients but it does limit the player’s capacity to craft them. Using a cauldron, up to four Sims can work together to create a potion faster. However if something goes wrong they may all take a hit – in the livestream, both Sims got knocked out when something went wrong.

I have lots more to share and will work on pages for the various systems over the weekend. While info will be sparse (and based almost entirely on the livestream) I will fill it out with full spell lists and info on familiars, potions and playing a spellcaster in general starting on Monday.

This site uses Akismet to reduce spam. Learn how your comment data is processed.